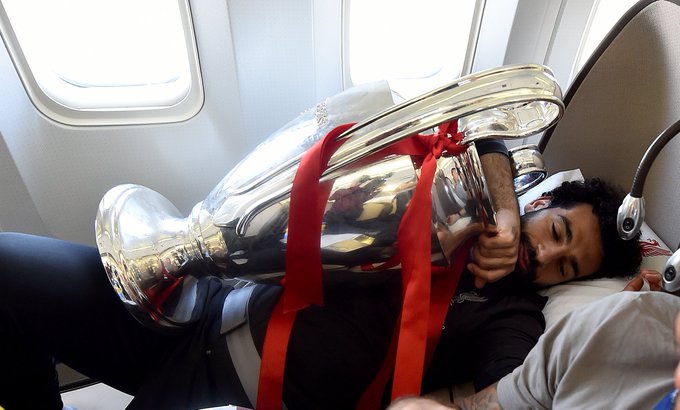 Liverpool’s Champions League exertions appear to have taken a toll on Mohamed Salah, as the club posting a picture of the Egyptian star catching up on some sleep while snuggled up with the famous big-eared trophy.

It sealed a sixth top European title for the club, and also erased the pain from last year’s defeat in the final to Real Madrid.

Star striker Salah in particular will have felt a sense of redemption, having been forced out of last year’s final early on with a shoulder injury caused while tangling with Real skipper Sergio Ramos.

But Liverpool, under charismatic German boss Jurgen Klopp, went from tears to cheers as they won the famous trophy on Saturday, sparking jubilation among players, staff and thousands of fans in Madrid and far beyond.